In 4Q14, Edita received approval from the Egyptian Exchange (“EGX”) to list which took effect starting 11 December 2014 with a total capital of EGP 72,536,290 split across 362,681,450 shares at a par value of EGP 0.20. Trading on the stock was restricted until the company met all of the precedent disclosure conditions. The company’s board of directors met on Thursday January 15, 2015 and approved the decision to list on the EGX as well as to appoint Pharos as an independent financial advisor for the IPO. Investor feedback for the move was quite positive. Following this, on 2 March 2015, Edita announced its intention to proceed with a secondary market public offering of up to 30% of the company’s existing ordinary shares currently owned by the selling shareholders in

On 27 March 2015, Edita announced the successful conclusion of the book-building process for, and the pricing of, the institutional offering of 92,483,770 of its ordinary shares in the form of ordinary shares to be listed on the EGX and GDRs to be listed on the. An additional 16,320,665 ordinary shares were offered to the public in Egypt in a separate public offering (together with the institutional offering, the “Combined Offering”). No GDRs were, or will be, offered to the public in Egypt.

The price for the Combined Offering (the “Offer Price”) has been set at EGP 18.50 per ordinary share and USD 12.28 per GDR (based on the Central Bank of Egypt (“CBE”) EGP:USD auction price as last posted on the CBE’s website on Thursday, 26 March 2015).

*The information in this section does not constitute an offer of, or solicitation of an offer to purchase or subscribe for, the securities of Edita Food Industries S.A.E. (the "Company") and there shall not be any sale of securities in the United States, or in any other jurisdiction where such an offer is unlawful prior to its registration or qualification under the laws of such jurisdiction.

None of the information on this website nor any part or copy thereof may be brought or sent in or directly or indirectly distributed in the United States, Australia, Canada or Japan.

Failure to observe these restrictions may constitute a violation of Australian, Canadian, Japanese or US securities law.

The distribution of this information in other jurisdictions may be restricted by law and persons into whose possession this information comes should inform themselves about, and observe, any such restrictions. 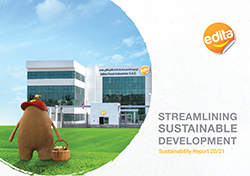 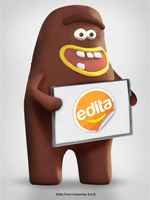